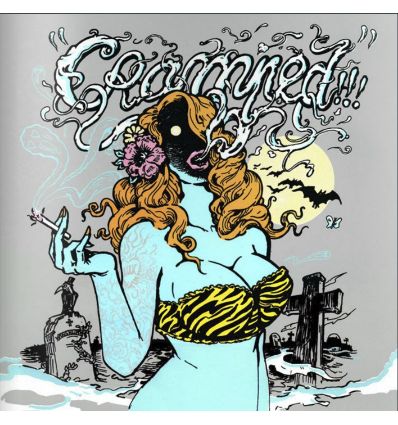 This product is no longer in stock

Notify me when available

An illustrated anthology of the many bootleg recordings of the American band "The Cramps".

The book reads like a fan book, on one hand proposing an exhaustive list of pirate recordings of the band (including albums, singles, flexes, picture discs, box sets and even postcards), but also involving the participation of illustrators and comic book authors who have been inspired by the bands output over the years.

The book itself comes in the form of a 45 vinyl and is accompanied by an album comprising covers of some "Cramps" classics by four bands equally inspired by this legendary group. The collection also includes a "Cramps" family tree, detailing the thirty or so musicians who have passed through their ranks.

Cramped ! then is not only by the fans for the fans but also essential item for all lovers of authentic rock and roll.

No customer comments for the moment.

21 other products in the same category: